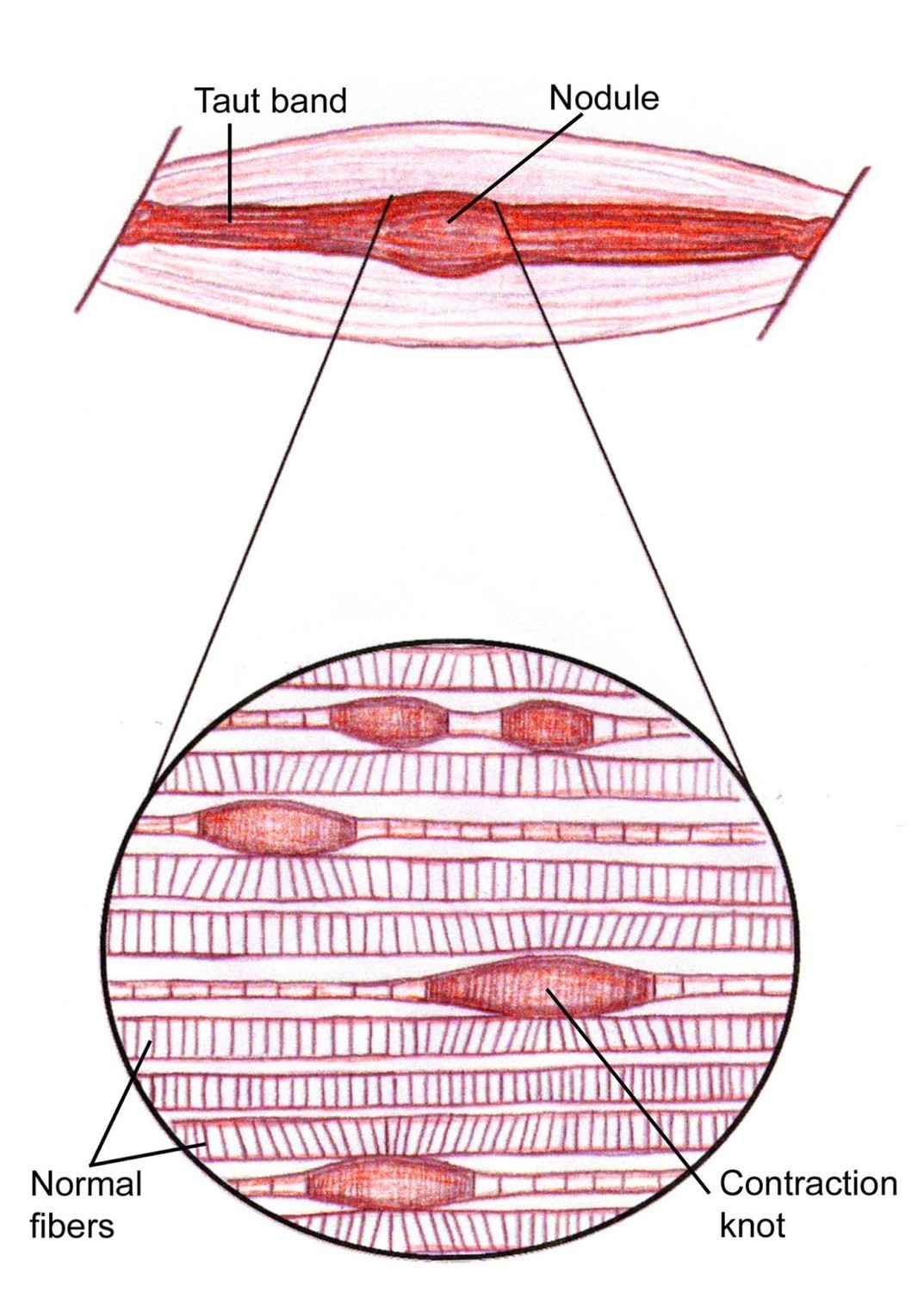 Trigger points are small knots in muscles, which cause pain where it originates and/or in a spot that may seem completely unconnected.

Trigger points can decrease the range of motion and can cause muscles to fatigue quicker than they normally would.

The origin of the pain is not immediately obvious, while it manifests in one place, the cause lies elsewhere that is not so obvious. If you are working on transformation programmes with organisations, it is essential to identify “innovation trigger points”.

The (Sono)Site of the Pain

“Disruptive innovations, in contrast, don’t attempt to bring better products to established customers in existing markets. Rather, they disrupt and redefine that trajectory by introducing products and services that are not as good as currently available products. But disruptive technologies offer other benefits—typically, they are simpler, more convenient, and less expensive products that appeal to new or less-demanding customers.”

I thought it would be fitting to pick an example that both works with my metaphor and shows how resistance to change does not always come from the expected source. In his books, “Seeing What’s Next” and (in my favourite of his books), “How Will You Measure Your Life”, the late Clayton Christensen offers such an example with SonoSite’s handheld ultrasound machines. SonoSite was founded to make handheld ultrasound equipment. Prior to their machines, the only thing that most family doctors, nurses and physiotherapists could do when performing an exam was to feel for problems beneath the skin. As a result, many problems eluded detection until they were more advanced.

SonoSite offered two families of handheld products. Its principal product, the Titan, was about as big as a laptop computer. The other, the iLook, was less than half the size of the Titan—and one-third the price. The following details are important to understand the trigger point. The iLook was not as sophisticated as the Titan, nor as profitable, but it was imminently more portable.

The company’s president and CEO, Kevin Goodwin, knew there was a promising market for it—the iLook had managed to generate a thousand sales leads in the first six weeks after its introduction. It became clear that if SonoSite didn’t sell it, someone else was likely to develop the same compact, inexpensive technology and disrupt the sales of the more expensive machines—and SonoSite itself. Goodwin heeded Steve Jobs’ wisdom: “If you don’t cannibalize yourself, someone else will”.

Enter the trigger point, despite thousands of sales leads and obvious interest from customers the iLook was not selling, what was going on? Goodwin took the advice of friend of the Innovation show and former (and future) guest Steve Blank, he got out of the building.

“Eager to see firsthand how customers were responding to the new, smaller product, Goodwin asked to attend a sales call with one of the company’s top salespeople.

The salesman sat down with the customer and proceeded to sell the Titan— the laptop ultrasound. He didn’t even pull the iLook handheld out of his bag. After fifteen minutes, Goodwin decided to intervene.

“Tell them about the iLook,” Goodwin prompted the salesman. But he was completely ignored. The salesman continued to extol the virtues of the Titan. Goodwin waited a few minutes, then leaned over again. “Take the handheld ultrasound machine out of your bag!” he insisted. Again, the salesman completely ignored him. Goodwin asked one of his best salespeople three times to sell the iLook—in front of the customer. Each time, he was completely dismissed.” (directly quoted from “How Will You Measure Your Life”)

If the trigger point was a defiant salesman, what was the true source of the pain?

The answer lay with the incentive theory of motivation, in essence, that the best way to predict behaviour was to understand incentives. We tend to do what we are rewarded for. In this case, the salesman was doing what he believed was best for himself and for the company. By selling the Titan he achieved higher margins for the company and thus higher commissions for himself. As Christensen concluded, “It was much easier for Goodwin’s best salesman to sell one of the laptop-size ultrasound machines than it was to sell five of the little products. In other words, Goodwin thought that he was giving clear instructions into the salesman’s ear. But the compensation system was shouting the opposite instructions into his other ear.”

This is the phenomenon of innovation trigger points in action, the symptom is not the cause. This is an important lesson for leaders. It is easy to paint a picture that your changemakers are naysayers, that they are failing, that they are scattered and don’t fit the corporate mould. However, whenever you experience those who criticise and condemn changemakers temper yourself by thinking, “what does this person have to lose by the change we wish to embed?’ Is it a loss of status, power or personal profit? When your c-suite colleagues position the change agent as non-sensical or the new business model as idiotic, heed the words of Upton Sinclair: “It is difficult to get a man to understand something when his salary depends on his not understanding it.”

THANKS FOR READING (This post is brought to you by my personal scar tissue, as it was inspired by recent dry needling and trigger point treatment)

On this week’s Innovation show we have a doubleheader:

We launch into a 4-part masterclass by the wonderful Shameen Prashantham, the author of “Gorillas Can Dance: Lessons from Microsoft and Other Corporations on Partnering with Startups”.

We have a personal Reimvention episode also this week with the inimitable author of “Finding Inner Safety: The Key to Healing, Thriving, and Overcoming Burnout”, Dr Nerina Ramlakhan

Life, Uh, Finds a Way: The Gift in the Curse, The Landing Not The Fall